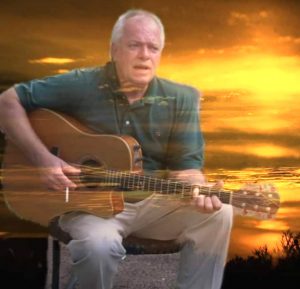 Carl David Llewellyn
Singer/songwriter Carl David Llewellyn, age 69, passed away Thursday, February 10, 2022 at home in Giles County, TN with members of his family in attendance.
He was born October 24, 1952 to parents Paul B. Llewellyn and Bessie Lard Llewellyn. Carl lived life to its fullest, with his love of singing and songwriting (and reading) a constant companion throughout his life adventures. Born in England where his father was stationed after World War 2, he traveled extensively throughout his life, from various countries in Europe to every state in the U.S. His love of music began with his brother Roger in his early teens and continued with his brothers Richard, Phillip, and Steve in later years as the Llewellyn Brothers Band. A natural storyteller with an outstanding singing voice – as well as being a voracious reader and student of human nature- combined to make Carl one of the best singers and songsmiths in the south.
In addition to his parents, he was preceded in death by his brothers: Paul, Walter, Roger and Phillip; and his sister: Judy.
He leaves behind his wife: Susan; son: Joshua; grandchildren: Destiny, Abigail, and Dawson; sisters: Sonja and Sue; brothers: Anthony, Jeff, Blane, Richard and Steve; as well as his beloved dog: Buddy; and countless dear friends.
Carl always said that he didn’t mind the going – it was the leaving that bothered him. We as family are truly sad with his going, but we’re equally glad that he was part of our lives and has left behind music and stories that will be with us forever. RIP, Carl…Love Forever.
Loretto Memorial Chapel is assisting the family with arrangements.