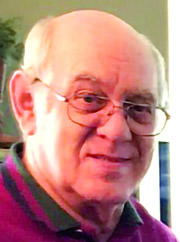 Albert Lynn South
Albert Lynn South died peacefully on Saturday, March 26, 2022 in Monterey, California with Kay, his wife of 60 years, by his side.
He was born August 17, 1942 in Lawrenceburg, TN to parents James Henry Albert South and Mattie Blanch Turner South.
Growing up in the Lawrenceburg and Ethridge area, Lynn moved to Huntsville, AL in 1965. After several years working for Redstone Federal Credit Union, he opened and managed a series of successful small businesses in the automotive and storage industries in the Huntsville area.
He was a lifelong car enthusiast and was active in the Corvette, SCCA and IMSA communities. As an avid collector, Lynn spent weekends at auctions tracking down finds for his collections and hours in his Brownsboro workshop.
Along with his parents, he was preceded in death by infant son: Ricky Lynn South; sister: Sarah Maybelene South Mobbs; infant brother and sister: Thomas and Oleta.
He is survived by his wife: Brenda Kay Hall South; daughter: Christina Lynn South Seeley (Scott); grandsons: Colin and Ewan South-Goltz; sister: Katherine South Casteel (Howard); sister-in-law: Janice Rigsby; and several nieces and nephews.
No services were held at his request.