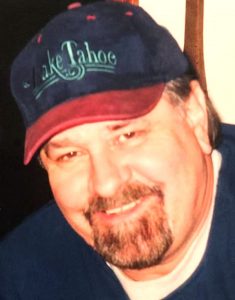 Robert Eugene Ladner
Robert Eugene Ladner, age 81, of Lawrenceburg, TN passed away Thursday evening, April 7, 2022 at his residence after an extended illness.
Born on December 16, 1940, in Gulfport, MS, he was the son of the late Neville Ladner and the late Marie Helen Ladner. He enlisted and served in the U.S. Navy, followed by the Navy Reserve. He began his law enforcement career as a police officer in Norfolk, VA, and later transferred to New Orleans, LA where he continued police work for many years. He earned a Bachelor’s in Criminal Justice at Loyola University in New Orleans and later a Masters at the University of Southern Mississippi. After relocating to Lawrenceburg, TN, he worked as a real estate agent and auctioneer for Jerry Cash Reality. Robert later worked as a DJ for WLX in Lexington, AL. He married Lisa White Ladner on May 14, 1984, and owned Lawrenceburg Video for fifteen years before he retired.
Along with his parents, he was preceded in death by his stepmother: Flora Ladner; stepfather: Dan Vandemark; and sister: Sherilyn Faye Ladner.
In addition to his wife, he is survived by his children: Robin (Ray) Carr, Bert (Betsy) Ladner, and Jeanette Dillenbeck, all of Lawrenceburg, TN; grandchildren: Trey Carr, Rachel (Joseph) Del Frate, Nick Ladner, Amanda Ladner, Caitlin Dillenbeck and Vincent Ladner; great-grandchildren: Adaline Yocom, Jade Del Frate and Andrew Dillenbeck; siblings: Jeanette (Charles) Metcalf, Judy (Doug) Wilson, Danah Carner, David (Janice) Vandemark, Troy Ladner, Buck Ladner, Jennie Ladner, Patsy Erig and Gwen Ladner.
It was Robert’s wish to be cremated with no public services. Heritage Funeral Home in Columbia is assisting the family with arrangements. Condolences may be offered by way of: www.TnFunerals.com.