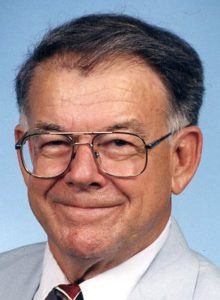 Robert Paul Houser
Robert Paul Houser, age 88, of Lawrenceburg, TN passed away Saturday, April 2, 2022 at his daughter’s residence.
He was a native of Wayne County, TN and a member of Gandy Church of Christ. Mr. Houser served his country honorably in the U.S. Navy where he retired with 26 years of service. He was also a member of the Fleet Reserve Association (FRA), American Legion, and VFW.
He was preceded in death by his parents: Wilburn James and Bessie L. Bailey Houser.
He is survived by his wife: Betty Houser of Lawrenceburg, TN; one daughter, Rhonda Rowe (Greg) of Maryville, TN; one son, Robert L. Houser of Georgetown, TX; six grandchildren; seven great-grandchildren; and one nephew.
Funeral services for Robert Paul Houser were conducted at Neal Funeral Home at 1:00 p.m. on Friday, April 8, 2022 with Larry Murdock officiating. Interment followed at Houser Cemetery in Lawrence County, TN with full military honors. Neal Funeral Home was in charge of all arrangements. Condolences may be offered by way of: www.nealfuneralhome.net.