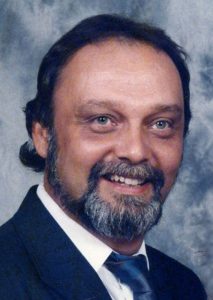 Robert Jerome “Bobby Joe” King
Robert Jerome “Bobby Joe” King, age 69, of Lawrenceburg, TN passed away on Tuesday, May 10, 2022 at his residence.
He was born July 26, 1952 in Columbia, TN, the son of Robert Earl King and Mary Anna Duke. He was raised and spent his early life in Mount Pleasant, TN. He graduated from Hay Long High School in 1970 and attended Columbia State Community College. He was the husband of Olevia Faye Rowden.
Bobby was the owner of King’s Check Cashing and Joe Bob’s Pawn and was of the Church of Christ Faith. He enjoyed spending his free time at his cabin where he loved hunting, fishing, and playing guitar. His fondest memories were having the opportunity to coach boy’s baseball, softball, football, and basketball. He was a member of Sons of the American Revolution. He was a devoted husband, father, grandfather, great-grandfather, and loyal friend. He will be remembered for his kind heart, goodwill, and eccentric humor.
He was preceded in death by his parents: Robert Earl and Mary Anna Duke King; one daughter: Heatherly King; one brother: Thomas England; and one sister: Sue Turnbow.
He is survived by his wife: Libby King of Lawrenceburg, TN; one son: Chance King of Lawrenceburg, TN; one daughter: Deanna Michelle Mather (Billy) of Lawrenceburg, TN; three grandchildren: Quinton Eastep, Millie McKennon, and Macy McKennon, all of Lawrenceburg, TN; and one great-grandchild: Magnolia Saunders of Lawrenceburg, TN.
Graveside services and interment for Robert Jerome “Bobby Joe” King were conducted at Polk Memorial Gardens at 1:00 p.m. on Saturday, May 14, 2022 with Joel Dryden officiating. Neal Funeral Home was in charge of all arrangements. The family suggests memorials be made to St. Jude Children’s Research Hospital. Condolences may be sent by way of: www.nealfuneralhome.net.