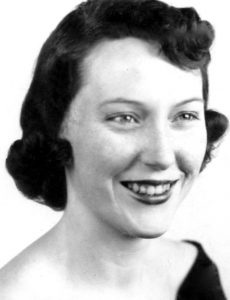 Doris Lazelle Johnston Warhurst
Doris Lazelle Johnston Warhurst, age 81, went to meet the Lord on Saturday, May 21, 2022. She was living at NHC Scott.
Doris was a native of Lawrenceburg, TN and a retired teacher at West Highland Elementary School in Lawrence County. She will be remembered as a kind, compassionate, friend who loved doing for others. As a member of OK Baptist Church, she grew up playing the piano and working with the youth. After marriage, she attended Gum Springs Baptist Church with her husband.
She was preceded in death by her parents: Marcus and Mary Pettus Johnston; and her husband: William Warhurst.
She is survived by her brother: Harold (Betty) Johnston of Lawrenceburg, TN; sister: Reba Bumgarner of Knoxville, TN; two step-children: Marion (Bob) Matthews of Lawrenceburg, TN, and Tim (Christy) Warhurst of Pulaski, TN; three step-grandchildren; several nieces and nephews.
Funeral services for Doris Lazelle Johnston Warhurst were conducted at Neal Funeral Home at 11:00 a.m. on Tuesday, May 24, 2022 with Danny Huckaba officiating. Interment followed at OK Cemetery in Lawrence County, TN. Neal Funeral Home was in charge of all arrangements. The family suggests memorials be made to the Lawrence County Public Library. Condolences may be offered by way of: www.nealfuneralhome.net.