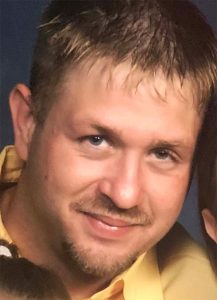 Stephen Ray Fuller
August 19, 1978 – June 2, 2022
In the early morning hour of Thursday, June 2, Stephen Fuller lost control of his vehicle which resulted in a fatal crash in Killen, Alabama. He had resided in Lawrence County, TN for the past 20 years.
He worked as an aerial technician on towers that took him all over the country. He frequently shared the views he had from towers he climbed at locations as far away as Alaska, and over 1,000ft high. When he wasn’t climbing towers, he spent his free time helping absolutely anyone with whatever they needed assistance with. He found a sense of purpose and meaning in showing those around him; family, friend, or stranger, his deep desire to help.
He is survived by his father: Robert; brother: Bobby; son: Brayden, and daughter: Lora.
The family will be holding a private memorial. The family is aware he had a large number of friends as well as strangers he helped in some way. We would like to ask that each person who considered Stephen a friend, to remember a special moment you had with him, hold that memory in your heart, and use it to inspire yourself with the same self-sacrificing hunger to help anyone the moment they need it, that he had. He had his faults and flaws, but he had a rare heart of gold he offered up and opened to anyone he came across that was in need.