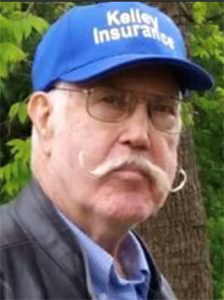 Alton Maurice Brewer
Alton Maurice Brewer, age 91, of Lawrenceburg, TN passed away Tuesday, June 14, 2022 at NHC Healthcare of Scott in Lawrenceburg, TN.
He was a native of Lawrenceburg, TN, retired from the City of Lawrenceburg as a bailiff, and a member of New Life Freewill Baptist Church.
He was preceded in death by his parents: Thomas Rye and Lola Keeton Brewer; his wife: Joy Spurgeon Brewer; one son: Thomas Brewer; and one daughter: Rosanne Wilson.
He is survived by three children: Katherine Brazier of Lawrenceburg, TN, Allen Brewer of Caldwell, ID, and Rena Bro of Hayward, CA; thirteen grandchildren; and several great-grandchildren.
Funeral services for Alton Maurice Brewer were conducted at Neal Funeral Home at 10:00 a.m. on Tuesday, June 21, 2022 with Blake Quillen and Jason Roberson officiating. Interment followed at Kidd Cemetery in Lawrence County, TN. Neal Funeral Home was in charge of all arrangements. Condolences may be sent by way of: www.nealfuneralhome.net.