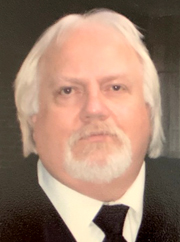 David Haddix
David Haddix, a patient at Tristar Horizon Medical Center in Dickson, TN, was 67 years 7 months and 1 day old when he left this world for a beautiful eternity with his Savior.
He was born November 15, 1954 in Columbus, IN, to the late Russell and Velma Haddix. He spent his growing up years primarily in Tennessee.
David became a Christian in 1985 and was baptized at Highland Park Baptist Church, in Lawrenceburg. He was a member of First Baptist Church in Lawrenceburg at the time of his death. He was well loved and experienced many answered prayers. He had a dry sense of humor, was quick witted, and enjoyed a good practical joke from time to time. He was completely loyal and a trusted friend to many.
He attended Summertown High School and finished his high school career at Lawrence County High School (Class of ’73). David would later become a Vocational Instructor at LCHS, teaching auto body. He was a car enthusiast, and this was a perfect position for him. He enjoyed the seven years of teaching his students all he knew about the restoration and repair of automobiles and the occasional truck. Some of his students became like members of his extended family. A select group, who has followed David during his life, has been so encouraging as he faced many challenges with his health.
David was a heart transplant recipient on January 20, 2006, at Saint Thomas Hospital Nashville West, which answered many prayers. This was a beautiful gift from the donor family, which allowed David another 16 years and 5 months to meet his grandchildren, and great grandson.
He is survived by his wife of 44 years, 9 months: Teresa Newton Haddix; two daughters: Amy (Tom) Poplawski, Athens, AL, and Lindsay Strong of Franklin, TN; brother: Alex (Gina) Haddix, Lawrenceburg, TN; four grandchildren: Clara Gaskins, Emma Gaskins, Metea Strong, and Maxwell Strong; one great-grandson: Elliott Redd Gaskins; two nieces: Blair Haddix, Lawrenceburg, and Rebekah (Nick) Spence; great-nephews: Kale and Anakin Spence, Lawrenceburg; and father-in-law: Bobby (Katherine) Newton, Florence, AL.
Harpeth Hills Funeral Home, Memory Gardens and Cremation Center, Nashville TN, oversaw the arrangements. A memorial service for David Haddix will be held on Saturday, July 2, 2022 with visitation 11:30 a.m. – 12:30 p.m. and the service 12:30 – 1:30 p.m. Dear family friend and pastor, Lewis Thomas, of Lawrenceburg, will officiate.
In lieu of flowers donations may be made to St. Jude’s Children Hospital or the charity of your choice.