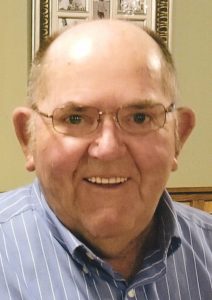 Charles Lindon Newton
Charles Lindon Newton, age 82, of Five Points, TN passed away Friday, July 1, 2022 at home after a sudden illness.
He was a native of Lawrence County, TN, a farmer and a member of Five Points Baptist Church.
He was preceded in death by his wife: Jo Ann Jackson Newton.
He is survived by his sons: Tim Newton (Kristy) and Jackie Newton (Dianne), both of Liberty Grove, TN; daughter: Connie Griffin (Matt) of Linden, TN; seven grandchildren; five great-grandchildren; and family and friends of the Five Points community.
Funeral services for Charles Lindon Newton were held at 3:00 p.m. on Wednesday, July 6, 2022 at Loretto Memorial Chapel with Art McCormick officiating. Burial followed at Bonnertown Cemetery. Loretto Memorial Chapel was in charge of all arrangements. Condolences may be offered by way of: www.lorettomemorialchapel.com.