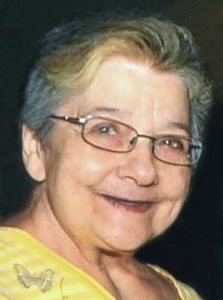 Dolores Ann Tanner
Dolores Ann Tanner, age 83, of Lawrenceburg, TN, departed this life on Thursday, June 30, 2022 at home with her family.
She was a retiree from Ford Motor Company, Ypsilanti, MI. Dolores was known for her generosity and her special way of loving family and friends.  If you needed something, she would not hesitate to help. One of her greatest joys was taking care of animals. She would not think twice about taking in an animal who did not have a home. One thing was guaranteed, that animal became a family member and was well taken care of. Her interest for football was unmatched. She would watch game after game; it didn’t matter who was playing. Of course, she was always loyal to the University of Michigan Wolverines.
She was preceded in death by her parents: Robert and Alma Hamsley.
She is survived by her children: Edwin Tanner (Hazel) of Milan, MI, Robert Tanner of Altamonte Springs, FL, and Milessa Tanner of Lawrenceburg, TN; four grandchildren: Eddie Tanner, Charolette Tanner-Ryan, LynnDee Sutphin, and Jake Green; and several great-grandchildren.
Funeral services for Dolores Ann Tanner were conducted at Neal Funeral Home at 1:00 p.m. on Friday, July 8, 2022 with Pastor Bobby French officiating. Interment followed at Lawrence County Memorial Gardens in Lawrenceburg, TN. Neal Funeral Home was in charge of all arrangements. Condolences may be offered by way of: www.nealfuneralhome.net.