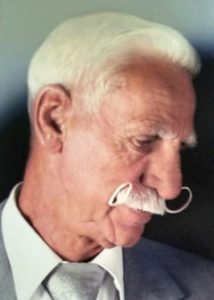 Donald Thomas Stevens, Sr.
Donald Thomas Stevens, Sr., age 85, of Lawrenceburg, TN passed away Friday, July 15, 2022.
He was born on May 8, 1937 in Baltimore, Maryland. He worked for many years at Bethlehem Steel in Baltimore. In his spare time, he loved to fish and spend time outdoors. He was of Methodist faith.
He was preceded in death by his parents: Joseph Stevens Sr. and Eleanor Fryza Stevens; and his brothers: Joseph Jr. Stevens, Gene Stevens, and Bob Stevens.
He is survived by his wife of 57 years: Hester Stevens; sons: Douglas Eugene Stevens (Bonnie), Richard A. Stevens, Donald Thomas Stevens Jr. (Mary), and David Wayne Stevens Sr.; daughter: Christine Marie Heath (Bud); sister: Eleanor Higgs; numerous grandchildren, great-grandchildren, and great-great-grandchildren also survive.
A memorial service for Donald Thomas will be announced at a later date. Pettus-Turnbo Funeral Home is in charge of all arrangements. Condolences may be offered by way of: www.pettusturnbo.com.