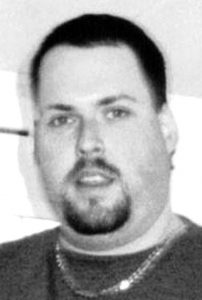 Barry Lynn Garner
Mr. Barry Lynn Garner, age 51, passed away July 29, 2022 at Maury Regional Medical Center in Columbia TN after a courageous 10 years, 4 months, and 2 weeks battle with cancer.
Mr. Garner was born April 1, 1971 in Cookeville, TN to Brenda Gail Howell Kennedy of Maury County, TN.
He was a 1990 graduate of Giles County High School where he played football. He was blessed to remain lifelong friends with so many of his classmates with them remembering and calling him by his football nickname “Truck”. He spoke often of his classmates and how much he enjoyed being in their circle of friends. Barry was a 20-year employee of American Magotteaux in Pulaski, having retired due to his disability. Most of those 20 years he spent working as a crane operator, which he really enjoyed because he was working with friends, not just co-workers. It was so easy for Bear (his mother nicknamed him this as an infant) to make friends and keep those friends for a lifetime. He loved people and could relate on any level to others pain, joy, happiness, and sorrow and would be able to bring a smile to those hurting and a laugh to those needing it. Barry had a wonderful sense of humor that never failed to bring “eye rolls” from his kids. You never knew what to expect from Bear….he was a constant source of unpredictability, he loved pulling something on his kids more than anything…..and hearing them say “D A D D Y!!!” in embarrassment or “really Daddy???” tone made him the happiest!! A day with Nascar, football, lots of laughter, ice cream, and accomplishing something, was a good day for Barry. Barry loved and lived his life with a zest and passion that was contagious to those who loved him. Barry was the “heart” of his mother, the love of her life, constant companion, best friend, confidante, and “calm in a storm” for his wife, and the role model who practiced working hard, playing often, the importance of laughter, the need to always tell the truth regardless of the consequences, the appreciation of good food, the value of a close, loving family, saving for a rainy day, and always telling those you love, that you love them, to his children and grandchildren. He loved his family with all his heart, and they knew it, because he told them often.
His grandparents predecease Mr. Garner: Dewey Thomas Howell and Alma Ruth Hobbs Howell and Ostine Garner and Elsie Howell Garner. He is also predeceased by his stepfather: Billy Ray Kennedy; his aunt: Pat Howell Hazelwood; his uncle: Ricky Lynn Howell; and his 4-legged companion: Ozzy.
Mr. Garner was the loving husband of Phyllis Kincaid Garner; and the father of his greatest pride and joy in life, his wonderful children: Phillip Kody Garner (Katelynn), Karrie Lynn Garner, and Zachary Thomas Garner, all of Pulaski, TN. In addition, he is survived by his loving “bonus kids”: Emily Brown (Tony) Thompson and Adam Brown. Bear was quick to tell anyone that Emily was his oldest daughter because he never felt like she wasn’t his oldest daughter. He was so proud of Emily and Tony, and so grateful that they gave him his grandchildren: Colton Dale Thompson; and “his little ray of sunshine”: Colbie Jane Thompson. He is also survived by stepsister: Deborah Ann Kennedy; stepbrother: Eric Ray Kennedy; his beloved father-in-law and mother-in-law: Philip and Jane Kincaid; and his uncle who loved him as a son: Larry Hazelwood; along with other aunts, uncles, cousins, and friends.
Special friends who have been loving and supportive for these 10 years are: Jan Bass, Deanne Parker, Beverly Murrey, Melissa Roller, Ashley Dickey, Davida, Stephan and Kristen Jones, Alex Perry, Tammy Helton, Bro. Jeff Jenkins, Bro. Mark Johnson, Mary Bolger and Michael Rush.
Funeral services for Barry Lynn Garner were held Sunday, August 7, 2022 at 2:00 p.m. at Bennett May & Pierce Funeral Home in Pulaski TN with Bro. Jeff Jenkins and Bro. Mark Johnson officiating. Pallbearers for Mr. Gamer included:Adam Brown, Tony Thompson, Michael McDade, Darrick “Big D” Litaker, Wesley Perry, and Eddie Ball. Honorary pallbearers were: Philip and Jane Kincaid, Larry Hazelwood, Luanne Ray, Keith Ballentine, Joe Howell, Dr. Amit Choksi, Dr. Charles Haney, Dr. Jordan Berlin, Dr. Karthik Jothi, Dr. Timothy Gordon, and Dr. Victor Beck, Jr.
A grateful appreciation is sent to the EMT’s of Pulaski, Maury Regional Medical Center ICU staff and 3rd floor nurses and tech’s, MRMC ER staff, and Chaplains. Also thank you to Southern Tennessee Regional Health System ER Dr. Roberts, and staff. In addition, the staff of Bennett -May & Pierce Funeral Home for their attention to detail and ensuring Barry’s last wishes are honored is greatly appreciated.