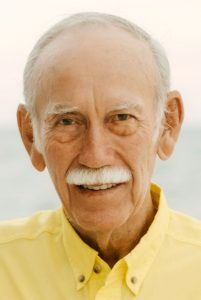 Harold Smithson McAnally
Harold Smithson McAnally, age 79, was called to his eternal home in Heaven on Tuesday, August 16, 2022 at Decatur Morgan Hospital in Decatur, AL.
He lived most all his life as a resident of Lawrence County, TN until he and his wife, Linda, moved to Decatur in January of this year. Harold was born in Lawrence County, TN and was raised on his family’s farm where he enjoyed showing Shorthorn Cattle. He attended Summertown High School, graduating in the Class of 1961. Harold and Linda were married on a Wednesday night after church in Lawrenceburg on November 22, 1961. They and their boys moved to Huntsville, AL for one year in 1965 where Harold worked at NASA as a Tool Maker for the Saturn V rocket. They then moved in 1966 to Marietta, GA where Harold worked one year for Lockheed making tools for the fabrication of the C-5 Galaxy aircraft. In October 1966, they moved back to Lawrenceburg where Harold began his 28-year career with United Parcel Service. There, he drove the Lawrenceburg to Ardmore route for 28 years, accident free.
Harold owned and operated a Used Car Lot from 1974 until 1985. He enjoyed hunting, fishing, and racing. Later in life, he would fish on the beach in Gulf Shores every morning for 15 winters. Harold and Linda made many trips to Poland to teach English using the Bible. Harold also made a few trips to South America for mission work and working with orphanages. He was a member of Leoma Church of Christ where he served as a Deacon.
He was preceded in death by his parents: Boyte North McAnally and Edith Pope McAnally; and one sister: Carolyn McAnally Thomason.
Harold leaves behind his sweetheart of 60 years: Linda Blasingim McAnally; sons: Blake McAnally (Patty) of Decatur, AL and Tim McAnally of Lawrenceburg, TN; five grandchildren: Cara McAnally Elliott (Charles) of Decatur, AL, Patrick McAnally of Nashville, TN, Colby McAnally (Allison) of Memphis, TN, Trevor McAnally (Caroline) of Lawrenceburg, TN, and Jaxson McAnally of Huntsville, AL; three precious great-granddaughters: Elizabeth Blake Elliott, Charlotte Elaine Elliott, and Vivienne Bennett Elliott, all of Decatur, AL; and brother: Larry McAnally (Jean) of Lawrenceburg, TN.
Funeral services for Harold Smithson McAnally were conducted at Leoma Church of Christ at 2:00 p.m. on Saturday, August 20, 2022 with Blake McAnally and Colby McAnally officiating.  Interment followed at Pleasant Grove Cemetery in Lawrence County, TN. Neal Funeral Home was in charge of all arrangements. The family suggests memorials be made to Leoma Church of Christ or the Lads to Leaders Program. Condolences may be offered by way of: www.nealfuneralhome.net.