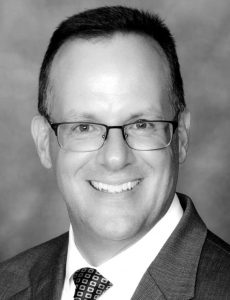 Ronald Jay Thomas
Ronald Jay Thomas, 53, of Leoma, TN was born March 3, 1969 in Huntsville, AL and died August 15, 2022 in Sheffield, AL after a hard fought battle with kidney cancer.
Jay was the grandson of Clyde and Virtel Thomas of Leoma, TN and S.E. and Bernadine Hollman of Lawrenceburg, TN. Jay was a 1987 graduate of Loretto High School and a 1991 graduate of Vanderbilt University with a degree in Mechanical Engineering. He attended Vanderbilt University through the United States Army ROTC program. He was proud of his degree from Vanderbilt and made many lifelong friends during his college years.
He worked at various employers in the manufacturing and technology industries including Boeing and Signalink. He retired as Vice President of Signalink after 12 years of dedicated service. He enjoyed being around people and making them laugh. During his battle with cancer he developed many Facebook friends who encouraged him. Most people would say that he was the one who encouraged them. He never lost his faith in God throughout his battle, and lived by the phrase “Thy will be done”. Jay was a lifelong Catholic and served on the Parish Council/Finance Board of the St. Joseph Catholic Church for over 20 years. He was also a member of the Lawrenceburg Rotary Club.
He was preceded in death by his niece: Emily Marks.
He is survived by his wife of 26 years: Katy King Thomas; children: Jude, Luke, and Lily Thomas; parents: Melvin and Dotty Thomas; brothers: Brent (Tammie) Thomas, Leoma, TN; Patrick Thomas, Athens, AL; his in-laws: P.L. and Barbara King, St. Joseph, TN; brothers-in-law: Paul (Ellen) King, Harold (Pam) King, Henry King; sister-in-law: Barbie (Michael) Marks; several nieces, nephews, aunts, uncles, cousins, and friends.
Funeral services for Ronald Jay Thomas were conducted at 3:00 p.m. on Thursday, August 18, 2022 at St. Joseph Catholic Church with Father Delly Mutajuka and Father Juan Carlos Garcia Mendoza officiating. Burial followed at St. Joseph Catholic Cemetery. In lieu of flowers donations may be made to Sacred Heart Catholic School. Loretto Memorial Chapel was in charge of all arrangements. Special thanks to Olivia Parsons at Clearview Cancer Center, and to the nurses and respiratory therapists of the PCU and Palliative Care Units at Hellen Keller Hospital. They provided much comfort and care.