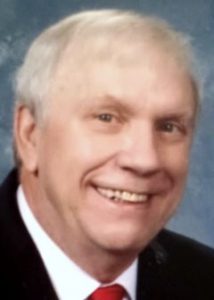 Robert Ellis Snook
Robert “Bob” Ellis Snook, age 76, husband of Joy Snook, and a resident of Lawrenceburg, TN passed away Friday, November 25, 2022, at Southern Tennessee Regional Health Systems in Lawrenceburg.
Born on September 24, 1946, in New Castle, Pennsylvania, Bob was the son of the late Ralph Leroy Snook and the late Wanda Elizabeth Long Snook. He married Joy Rochell Lambert on September 23, 1981. Bob was a veteran of the United States Navy and served during the Vietnam War. He worked as an engineer at Teledyne in Lewisburg for over twenty years before retiring. Bob enjoyed fishing, reading, listening to Gospel music, and anything to do with computers. He especially loved family get-togethers. Bob will be very missed by so many loving family members and friends.
Along with his parents, he was preceded in death by his maternal grandparents: John Ellis and Bessie J. Long; and paternal grandparents: Ralph Leroy, Jr. and Julia Snook.
In addition to his wife, he is survived by three sons: Phillip Lambert of Mobile, AL, Timothy Lambert of Iron City, TN, Robert (Noel) Ceglia of Pocono Summit, PA; brother: Ralph L. (Jean) Snook of Lawrenceburg, TN; and many special nieces and nephews.
A graveside service and internment for Robert Ellis Snook will be held at a later date. Heritage Funeral Home in Columbia, TN is assisting the family with arrangements. In lieu of flowers, the family requests memorial donations be made to: St. Jude’s Children’s Research Hospital, 501 St. Jude Place, Memphis, TN 38105. Condolences may be offered by way of: www.TnFunerals.com.